Why Do We Complain

Did you know that studies have shown that complaining can be severely damaging to your health, productivity and life in general? 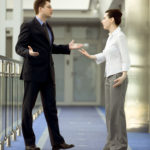 People who complain on a consistent basis are inclined to have poor health, tend not to do well in their jobs and have relationships that are less satisfying and shorter lasting. Oh, yes, and they are often quite miserable to be around.

So, why do we do it?  First of all, most people don’t realize how often they complain because it has become a habit and, like all habits, it tends to be so familiar that it becomes invisible.  Secondly, most people feel that it’s a good conversation starter because it’s easier to find common ground by complaining.  Lastly, people complain because they want validation for their beliefs.

Complaining also keeps people from taking action. It gives excuses to procrastinate and keep from achieving goals. It’s always much easier to complain than to find a solution.

Another reason people complain is to avoid responsibility. Think about arriving at work late with the excuse that the traffic was terrible or the line at the pharmacy was extremely long or the wait at the gas pump took forever.  Sure, stuff happens but, perhaps, you could have left earlier or been more prepared.

The real danger for people who are constant complainers is that it traps them in a negative reality, giving them more to complain about.  The reasons for their circumstances are endless: “I never get any real breaks. I always have bad luck.  Life seems totally and consistently unfair.”  The complainers’ circumstances are always unfortunate and seemingly beyond their control.  But this is simply not true and the reality is that their thinking strategy seriously needs an update because they have created their reality to be congruent with their thoughts.

Complaining doesn’t make one a bad person.  It just puts a horrible damper on the possibility of living an exceptional life.  It’s a denial of responsibility, and blame is just another way of excusing yourself from being responsible.

The NLP presupposition of Positive Intention is a extremely useful tool to interrupt the pattern of complaining.

Here are some tips to help you break a habit, stop complaining and manage your thinking.

1.  BE AWARE.  The first and most important step is to become aware when you complain.  Commit to observing yourself for the next 24 hours and when you catch yourself complaining to someone, stop it!  Just recognize your thoughts and interact with them like an observer

2.  TAKE RESPONSIBILITY.  Take responsibility for your thoughts.  Taking responsibility doesn’t mean that you feel guilty and beat yourself up.  It just means that you recognize the negative thoughts that are going through your mind and realize those thoughts are not – you.  They’re just thoughts. Once you accept that you are the creator of your thoughts, you can change them.  Ask yourself  “What is the positive intention of complaining about this issue.” The answer will help lead you to the next step.

3.  FOCUS ON WHAT YOU REALLY WANT.  Observe your complaint and the positive intention behind it and ask yourself, “What do I really want?”  Be very clear about what you do want, not what you don’t want.

4.  REPLACE YOUR NEGATIVE THOUGHTS.  Replace your negative thoughts with possible alternatives.  Once you are clear about what you do want – your goal – seek a solution.  What actions can you take – now?  Maybe the time has come to leave a relationship, cut back on your spending, or take better care of yourself.  The point is that if there is a problem bothering you, you are responsible for fixing it.

Commit to these four steps for a month and you will transform not only your thinking but also your relationships.

How is NLP Useful?