What is NLP – How is it Useful 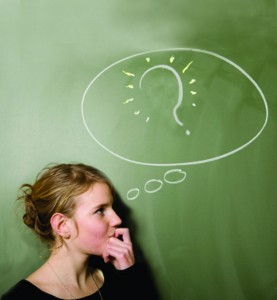 Neuro-Linguistic Programming (NLP) is one of the most powerful methodologies for helping people make dramatic shifts in their lives. It is based on the idea that with our physical senses we are only able to perceive a small part of the world. Our view of the world is filtered by our experiences, beliefs, values and assumptions.

NLP embodies several techniques that can change the way people think, learn, and communicate. For example, NLP professionals often deal with a variety of personal issues ranging from changing negative, self limiting beliefs, to dealing with fears and resolving grief. They also deal with assisting clients in becoming effective in communication, motivation, and peak performance in business or sports.

NLP is a set of models and principles used to describe the relationship between mind, language (verbal and non-verbal), and perception. NLP maintains that human behavior is fully a function of our senses. It is an explicit and powerful model of human experience and communication.

The name Neuro-Linguistic Programming is meant to symbolize the relationship between the brain, language and the body. NLP maintains that behavior is programmed by combining and sequencing neural system representations—sights, sounds, feelings, smells and tastes. Since it is the study of human excellence and subjective experience, it is important to remember that NLP is a model — a set of tools with its usefulness meant to be the measure of its worth.

The techniques and patterns of NLP are available to identify and define present states and desired states and then to generate access to the appropriate resources to accomplish the most effective and ecological change in the system.

You could think of Neuro-Linguistic Programming (NLP) as an owner’s manual for the human brain. It’s the study of how we think, feel and act, marked by an intense curiosity about how human beings get the results they do.

Since NLP is the practice of understanding how people organize their thinking, feeling, language and behavior to produce the results they do, a key element is that we form our unique internal mental maps of the world as a product of the way we filter and perceive information absorbed through our five senses from the world around us.

Each individual has established their own unique mental filtering system for processing the millions of bits of data being absorbed through the senses. Our first mental map of the world is constituted of internal images, sounds, tactile awareness, internal sensations, tastes and smells that form as result of the neurological filtering process. We then assign personal meaning to the information being received from the world outside.

We then have a behavioral response that occurs as a result of neurological filtering processes and the subsequent linguistic maps.

NLP was originated at the University of Santa Cruz in the mid-seventies when a group of talented people led by Richard Bandler and John Grinder came together to share information and insights across disciplinary boundaries. It incorporates insights from behavioral and Gestalt psychology, family therapy, hypnotherapy, linguistics, information theory and anthropology, among many other disciplines.

NLP explores the relationships between how we think how we express our thoughts and our patterns of behavior and emotion. By studying and learning from these relationships an NLP Practitioner can effectively transform the way a client thinks and acts, assisting them in adopting new, far more successful models of behavior. This activity is called modelling and is a key feature that distinguishes NLP from psychology.

In effect, NLP is a powerful change management tool that transforms the way people think and act to have the greatest impact both professionally and personally. That’s why NLP is one of the most powerful skills used in business management, psychology, sales, sports coaching and all forms of personal development since it is an innovative set of tools and techniques that create change.

NLP is an incredibly powerful discipline that enables people to unblock the structures of human communication and human excellence. By doing so people can think, communicate and manage themselves, and others, more effectively.